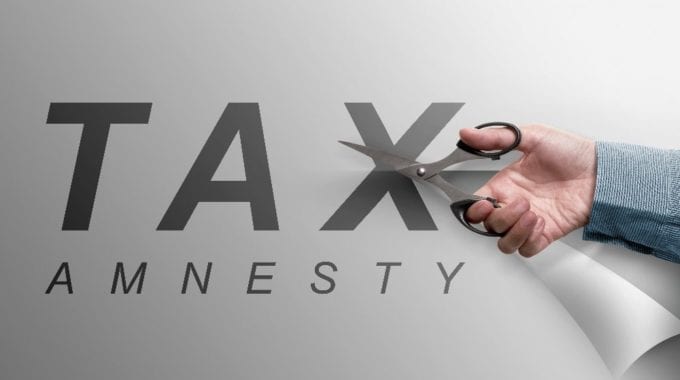 There are an estimated one million U.S. citizens living in Canada who have not been filing U.S. tax returns and have since fallen behind on their U.S. tax obligations. The U.S. Department of Treasury and the Internal Revenue Service (IRS) have established several amnesty programs that allow U.S. taxpayers to catch up on delinquent taxes and Foreign Bank Account Reporting (FBAR).

The two most popular tax amnesty programs for Americans residing in Canada include the Streamlined Filing Compliance Procedures and the Offshore Voluntary Disclosure Program (OVDP). Both of these amnesty programs allow U.S. citizens or green card holders to file their delinquent taxes and disclose unreported offshore assets voluntarily in order to become compliant with U.S. tax filing and FBAR reporting requirements. Addressing one’s noncompliance via one of the IRS amnesty programs greatly reduces or completely eliminates penalties for noncompliance, depending on the circumstances and which program is used to ensure compliance.

The IRS has recently announced that one of these programs, the OVDP, will be closing on September 28, 2018. Although the IRS stated that the Streamlined Filing Compliance Procedures would remain open, the IRS has indicated that this program may also be shut down in the future. More importantly, the IRS may once again change the terms of the Streamlined Filing Compliance Procedures, like it did in June 2014 – while some changes were positive, many changes were unfavorable to expats.

What Are My U.S. Tax Obligations As An American Residing in Canada?

As relevant to this note, U.S. tax filing requirements are based on U.S. citizenship. The United States requires its citizens and permanent residents to file U.S. tax returns no matter where they are living, subject to applicable filing thresholds. U.S. expats who reside in Canada are considered to be U.S. residents for U.S. tax purposes and are subject to U.S. tax on their worldwide income. More importantly, they are also subject to FBAR disclosure requirements, subject to the applicable thresholds.

To prevent double taxation, the U.S. law allows its residents claim foreign tax credit for taxes paid in foreign jurisdictions, such as Canada, subject to certain limitations. The foreign tax credit typically offsets tax owing on the U.S. tax return because Canadian individual income tax rates are generally higher than U.S individual income tax rates. Note that the U.S. tax return may still be required to be filed each year. In addition, there are certain transactions or tax events that may lead to additional U.S. tax, even though an individual paid her/his Canadian taxes. For example, this may occur due to mismatch of the tax treatment of a particular item of income or timing difference (tax deferral in Canada vs. current taxation in the United States). Usual suspects include investments in Canadian mutual funds (that are generally considered Passive Foreign Investment Companies (PFICs) for U.S. federal income tax purposes)) and Net Investment Income Tax (NIIT) liability that is not creditable on one’s Canadian tax return.

Contrary to common misconception, you are still required to file a U.S. tax return and report your worldwide income to the IRS if you have filed taxes in Canada and if your income exceeds certain threshold amount (a determination is made annually; for example, the filing threshold for a single filer in 2017 was US $10,400 (that includes standard deduction and personal exemption amount). For FBAR purposes, if in the aggregate the maximum balance or value of your non-U.S. accounts exceeded US $10,000 during any given point in the tax year, you are also required to report your bank accounts or financial interests to the U.S. Department of Treasury. Note that if you met the threshold, you are required to disclose all accounts, even those that have zero value or balance. In addition to bank accounts, Canadian residents must disclose other assets, such as Registered Retirement Savings Plan (RRSP). Additional reporting of certain financial assets and financial interests is required on FATCA form (Form 8938).

Reporting of foreign accounts is known as FBAR (Report of Foreign Bank and Financial Accounts). The FBAR form (FinCEN 114) is filed electronically separate from your U.S. tax return. It is filed with the U.S. Department of Treasury The deadline for filing FBAR is April 17, 2018 (for the 2017 tax year); however, there is currently an automatic extension to October 15, 2018. FBAR disclosure does not per se lead to a tax liability. There is no tax associated with the FBAR, rather it is a reporting requirement. If the necessary reporting is not made or made late, civil penalties may be imposed with the harshness of applicable penalties dependent on willful violation. For non-willful violations, the penalty is US $10,000 per violation. Willful violations are subject to US $100,000 penalty or the 50 percent of the maximum highest value or balance of the unreported accounts. They also may lead to criminal charges. No penalty is imposed for non-willful violations when the taxpayer can show reasonable cause. The reasonable cause defense requires careful development and strategy.

What Types of Income Are Reportable?

U.S. Expats residing in Canada must report all of their worldwide income annually, regardless of whether the income is has U.S. or foreign source. In addition to your U.S. source income, your U.S. income tax return should also include the following income items (the list is not exhaustive):

As mentioned above, the IRS offers U.S. expats the ability to come forward and use tax amnesty programs to clean up a non-compliant history.

There are two main amnesty programs; The Streamlined Filing Compliance Procedures are aimed towards taxpayers who failed to disclose their foreign assets and accounts due to a non-willful conduct. Meanwhile the OVDP is primarily for those taxpayers who were aware of their U.S. tax filing and FBAR reporting obligations, but failed to comply with those obligations in a timely manner.

These procedures are designed for U.S. expats who have been delinquent on their tax filings, but can certify that their failure to report income, pay taxes and submit any required tax information, such as FBARs, was due to non-willful conduct.

Under this tax amnesty program, the taxpayer is required to:

A delinquent U.S. expat who complies with these procedures will have to pay previously unpaid taxes with interest, but will not be subject to any penalties if they are accepted into the program.

While the OVDP does carry penalties, the penalties are significantly reduced from what taxpayers could face if the IRS finds an expat’s delinquency before expat came forward on their own. The OVDP is designed for delinquent expats who are concerned that their failure to report income and failure to disclose foreign financial accounts might be viewed by the IRS as willful and, therefore, seek to avoid harsh civil penalties and potential criminal charges. The OVDP provides protection from criminal liability and offers a “closure” terms for resolving civil tax obligations and penalties (as a result of the OVDP, the taxpayer and the IRS enter into a closing agreement, provided they reach an agreement under the OVDP).

Under this program, the taxpayer is required to submit:

A taxpayer who complies with the OVDP program will have to pay back taxes with interest.
In some cases, the settlement that has been offered under the OVDP may be too severe for the taxpayer and they may consider “opting out” or withdrawing from the program. By doing so they agree to undergo a full and ordinary audit. In return for participating in the OVDP, the IRS would typically not recommend criminal prosecution.

*If you are already under audit, you can no longer apply for any of the IRS tax amnesty programs mentioned above. You should contact a qualified U.S. tax advisor to review your options.

As stated earlier, the IRS has already indicated that it intends to shut down the OVDP. The IRS specified that entrance into the OVDP will still be allowed, but it requires a submission to be received or postmarked by the IRS by September 28, 2018 in its complete form.

Although the IRS stated that it does not plan on closing the Streamlined Filing Compliance Procedures, it did point out that that amnesty program may close any time. Importantly, there is no guarantee that the IRS does not change the terms of the Streamlined Filing Compliance Procedures again. Just like they did in June of 2014. You can bet that any term changes would be less favorable to delinquent taxpayers than those currently available.

Because of this uncertainty, if you are a delinquent taxpayer living in Canada, it is crucial that you consider finding a qualified U.S. tax advisor to help you wipe clean your slate with the IRS – sooner than later. If your situation is delicate, talk to a U.S. tax attorney to ensure that your conversation is protected by attorney-client privilege. The attorney can help you decide what your next steps should be under your particular facts and circumstances.

While Streamlined Filing Compliance Procedures and the OVDP are the two main tax amnesty programs, there are additional options that may be more suitable for delinquent expats who do not fit within the scope of the two main programs discussed in this note.

For example, there are special programs and procedure for those who have only failed to file FBARs or have failed to file an international informational return, for example, Form 5471, used to report the ownership in a foreign corporation or Form 3520, used to report distributions from foreign trusts among other reporting transactions. If you are a delinquent taxpayer looking to clear your record, it is vital that you weigh and are aware of all of the options available to you.

Each of the program options has its advantages and disadvantages, and choosing the best way forward requires a careful analysis of your particular circumstances. Please reach out to a qualified U.S. tax advisor before it’s too late. The ever-increasing information sharing between governments and financial institutions, as well as the ease with which the information can be found in this digital age, does not allow individuals to hide much longer.

Our experienced qualified U.S. tax advisors are available to discuss your options and to assist you in navigating each step of the coming into compliance process, while offering practical and high quality advise on the best strategy to become compliant with U.S. tax laws and to mitigate the applicable penalty exposure.