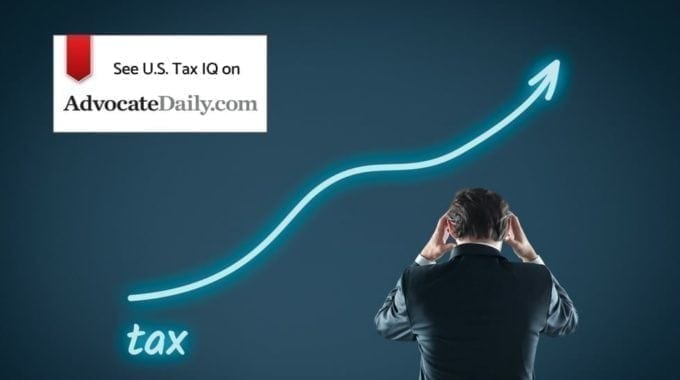 The 2017 U.S. tax reform imposed a one-time transition tax on earnings of certain foreign corporations — and, for affected U.S. individuals who own shares in these entities, it is critical to determine whether the new tax applies, and comply on a timely basis, U.S. tax accountant Brandon Vucen tells AdvocateDaily.com.

As Vucen, a principal of U.S. Tax IQ, explains, the Tax Cuts and Jobs Act, enacted in December 2017, made a number of critical changes that impact U.S. citizens and Green card holders residing in Canada and outside the United States. One of these provisions is a one-time transition tax — also referred to as mandatory repatriation — imposed by Internal Revenue Code (IRC) Section 965.

The United States discourages a deferral of U.S. tax via several anti-deferral regimes, including Subpart F regime. For example, certain categories of foreign income — such as interest, dividends and foreign-based company services income — may be taxed currently to U.S. shareholders, even when they did not receive a distribution from the CFC.