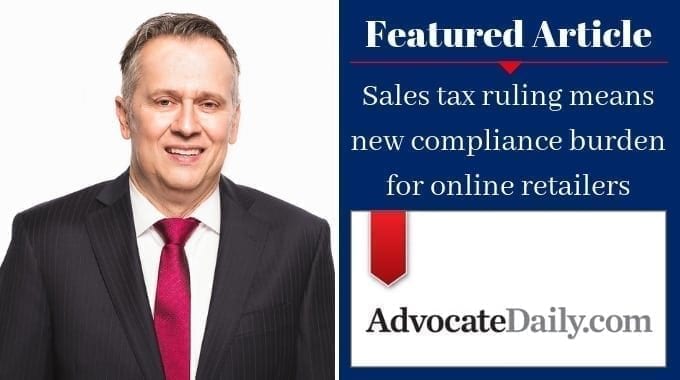 A recent U.S. Supreme Court ruling that South Dakota can impose sales tax on online purchases even if a business isn’t physically based in the state, will bring new compliance requirements for some Canadian online retailers, U.S. tax accountant Brandon Vucen tells AdvocateDaily.com.

The June 21 decision, a challenge to one state’s move to apply sales tax on internet retailers based elsewhere but selling to customers in the state, reverses a 25-year-old ruling that only applied sales tax if the seller had physical presence of property or employees in the state — referred to as ‘sales tax nexus.’

Share This
Recent Posts
Categories
Need Help with Your U.S. Taxes? Book Your Consultation Today.
Book a Consultation
©2014-2020 Alexey Manasuev - All Rights Reserved
Back To Top
×